This page will be the starting point for information about guidelines and best practices which District 99 will follow. This replaces what we used to have codified in a procedures document. But, as a result of time and many changes, it became cumbersome to keep up with the changes. Toastmasters International has matured their policy to cover off many of the items that were previously in our procedures guide. So, wherever possible, these pages will refer you to the governing documents for Toastmasters International. 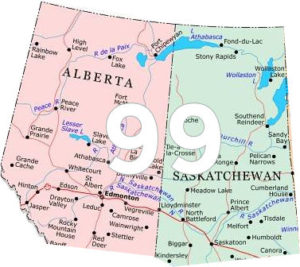 This section has information about the various awards that are recognised by District 99. District 99 recognises the following awards which start at the club level and move forward to district level:

In addition, the district recognises individuals who excel as:

Please consult the awards page for eligibility criteria and forms related to each award.

Contests are conducted starting at the club level and advance through area, division and district level competitions. The district conducts two contests annually:

Contest dates / deadlines will be published on the district web site to allow clubs ample time to hold competitions and have their contestants flow through to subsequent levels. Additional information can be found by following the link to the right.

Committees perform valuable work to further the mission of the district. For more information on committees follow the link on the right.

The district is required by Toastmasters International policy to submit a budget annually that outlines the way in which the executive will spend funds which are given to the district from membership dues to fund operations. For more information on the budget process please follow the link to the right.

The district has an organisational structure that is comprised of Divisions and Areas. The district is divided into divisions which are each comprised of 4 to 7 areas. Click on the link to the right to find out more information about the roles and responsibilities of the divisions and areas within District 99.

The district has certain assets which it manages. This section will highlight the way in which the district will manage assets and ensure they are safeguarded from year to year.